The Acer Enduro Series Made For Endurance Debuts In Malaysia From RM1,599 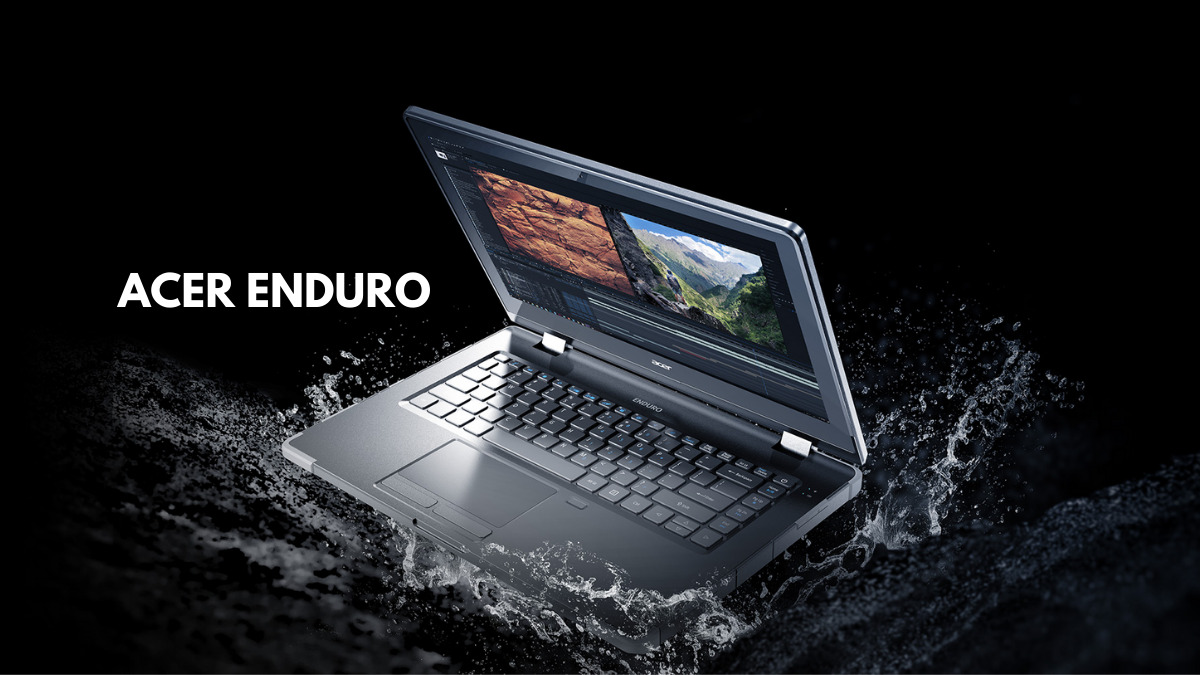 Apart from the new Swift and TravelMate series laptops, Acer Malaysia also brought in a new lineup made for endurance. This is the Acer Enduro series, which is rough and tough, includes the Enduro N3 and Enduro T1.

The Acer Enduro N3 is best known for its ruggedness. Having passed the MIL-STD-810G test, it also has an IP53 rating, which lets it withstand the harshest environments with ease. Dubbed to be the lightest and thinnest 14-inch rugged laptop, the device weighs just 1.985KG and has a thickness of 24.85mm.

Adding on to the protection, the Acer Enduro N3 has reinforced corners, Corning Gorilla Glass for screen protection, and the Aquafan with its unique water-resistant properties. For the connectivity ports, they all have drainage holes with seals so that the laptop can remain dry and function as usual even when exposed to water.

Battery life wise, Acer claims that it can offer up to 13 hours of use on a single charge. And for security, it supports the Trusted Platform Module (TPM) 2.0 for enhanced data protection.

The Acer Enduro T1 is a tablet that meets the MIL-STD-810G as well as IP54 standards. Customers can choose to have it fitted with either an Intel Celeron processor or a MediaTek MT8385 chip, paired with 64GB of eMMC for storage. It weighs only 500g and can withstand drops from over 1.2 meters. Apart from that, its MIL certification also lets it withstand dust and water better than other laptops.

When it comes to battery life, the tablet is said to offer up to 10 hours of use on a single charge. The Corning Gorilla Glass is made to be non-reflective and can be operated even when using gloves.

The Acer Enduro N3 will be priced from RM4,699 and can now be pre-ordered from Acer’s official website. There are two variants, which include the 10th gen Intel Core i7 or Core i5 variant. Both variants are paired with 8GB of RAm and 256GB of PCIe NVMe SSD.

As for the Acer Enduro T1, it is now available for pre-order from Acer Malaysia’s official website at the price of RM1,599. There will also be optional accessories and programmable keys made available to suit your working environment needs.

In this article:Acer, laptop, Tablet