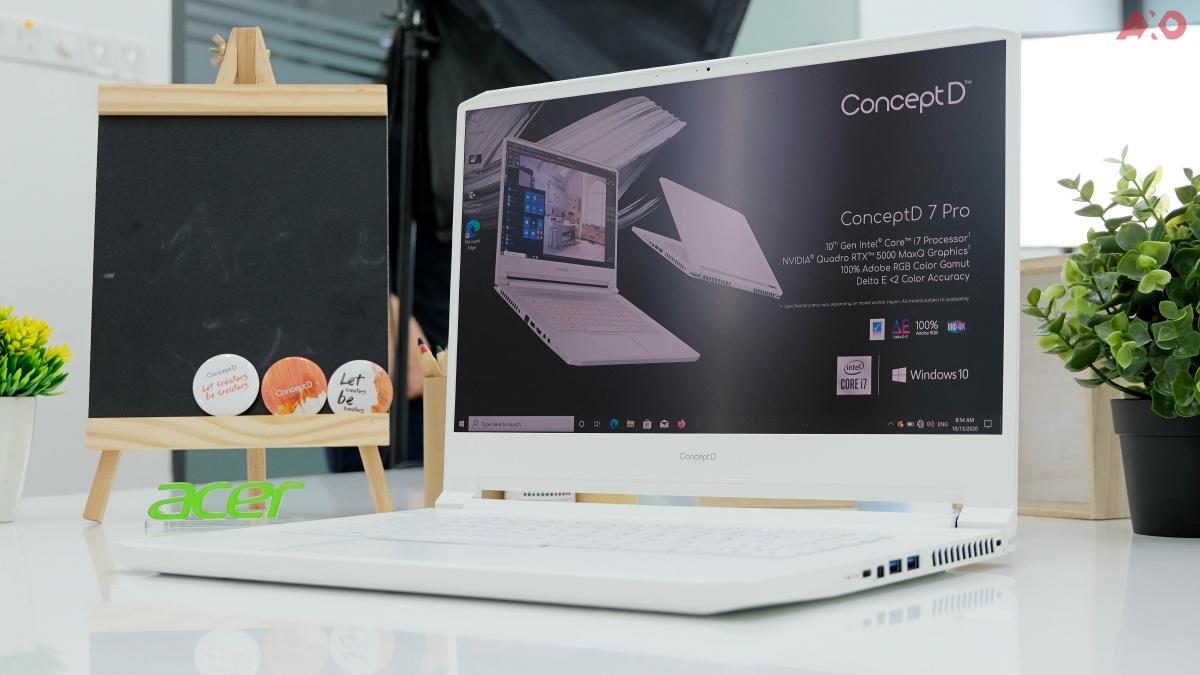 Acer today also announced some updates to its ConceptD brand, which are a new desktop, and two new laptops that get a CPU refresh.

Positioned above the ConceptD 100, The new ConceptD 300 is a mid-tower PC that is designed for BIM and CAD projects, intensive 3D modeling, rendering and animation. Featuring up to 10th Gen Intel Core i7 processors, the desktop also comes packed with a GeForce Nvidia RTX 2070 GPU, and 64GB of DDR4 2666MHz RAM. As for storage, the desktop can be fitted with up to a 4TB HDD and up to 1TB of PCIe M.2 SSD storage.

When it comes to connectivity, the front panel consists of I/O ports for easier access. The desktop itself is an 18L mid-sized tower that would not take up much space on your desk. The ConceptD 300 has a white finish, with a wood panel on the top, and a black front panel. There’s also a large triangular-patterned front air intake along with side ventilation for better silent cooling performance that’s less than 40dBA.

The ConceptD 7 series feature a white chassis that’s protected by a solid ceramic protective later on the metal surfaces, so it doesn’t turn yellow after a while. Instead of 11th Gen CPUs, they feature 10th Gen Intel processors, Intel Wi-Fi 6 (Gig+), Thunderbolt 3, as well as a 4K IPS display.

The display is a 15.6-inch IPS has a 4K resolution, and is Pantone validated to cover 100% of the Adobe RGB colour space. It is also rated with a Delta E<2 rating for better colour precision. Graphics performance wise, the ConceptD 7 also has an Nvidia Quadro RTX 5000 GPU. This means you’re getting 3072 CUDA cores, 48 RT cores, 384 Tensor Cores, and 16GB of GDDR memory. As for the ConceptD 7, it can be fitted with Nvidia GeForce RTX GPUs, which aren’t as good as the Quadro series GPUs, but they’re pretty good nonetheless.