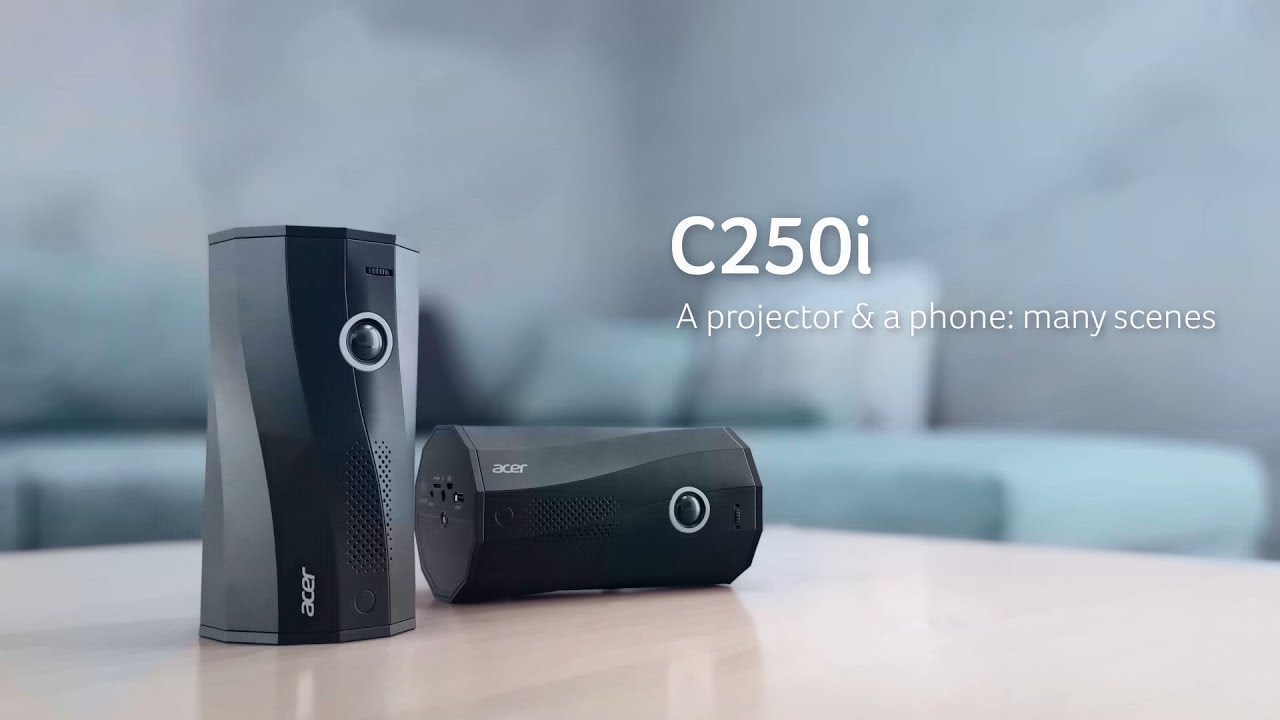 Having made monitors for the general consumers and gamers alike, Acer has now released yet another mini projector, the Acer C250i. Claimed to be the world’s first auto portrait LED projector, the C250i can also be placed at multiple angles.

The C250i has a unique twisted roll design that lets the projector project onto any wall, ceiling, or any surface without the need of a tripod. It can even take video calls or share content from your smartphone too. Being the world’s first auto portrait LED projector, it can automatically rotate the orientation of your content depending on how the projector is placed. In addition, the keystone correction also optimises the quality of content no matter which angle it is projected in.

The Acer C250i supports high-definition 1080p resolution, both for iOS and Android users to connect wirelessly. In addition, the C250i even has a bluetooth speaker built-in so you don’t need an additional speaker to bump up the audio volume. It supports Acer’s TrueHarmony technology for improved sound compared to your smartphone’s speaker.

Powering the device is a 9,000mAh battery, and in terms of connectivity, it has a standard HDMI port, USB Type-C and Type-A ports that support video-out. So, it doesn’t matter what device you’re plugging into, it just works because it’s designed to be plug-and-play, with no additional software required. Also, the USB Type-A port is capable of directly playing content from a USB drive.

The Acer C250i LED projector is now available immediately at Acer official online stores and all Acer authorized resellers nationwide. Its retail price is RM1,699. In conjunction with Acer Malaysia’s 30th Anniversary, anyone who purchases select Acer models from 1 February to 31 March 2020 will be able to redeem free gifts such as Predator gaming chair, Predator bomber jacket, Predator gadgets or Acer Malaysia’s 30th anniversary limited edition merchandise. The merchandise can be redeemed at https://www.a-redemption.com