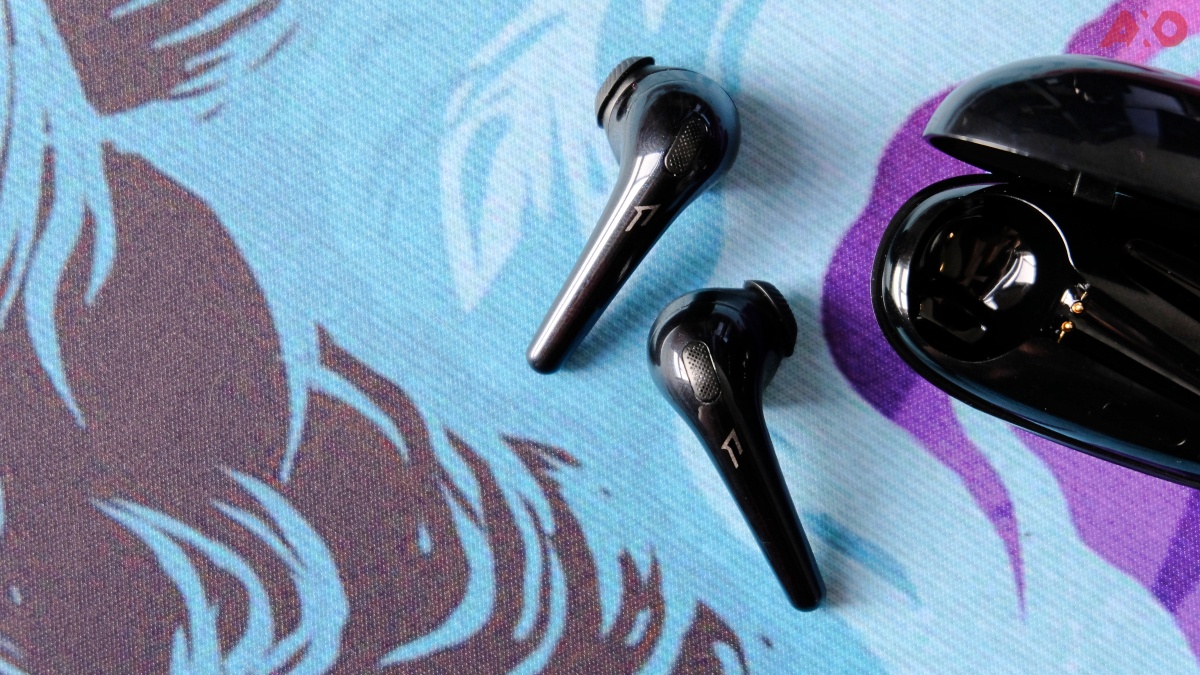 The 1MORE ComfoBuds is the company’s latest budget TWS offering, in contrast to their higher end 1MORE TWS ANC In-ear Headphones. These are made to be more affordable and more accessible, so don’t expect it to come with any form of noise cancellation. Priced at RM189, does the 1MORE ComfoBuds deliver decent audio? Is it comfortable? Let’s find out together, but before that, some specs, shall we?

1MORE is relatively new in the Malaysian market, and they’ve been offering quite the product lineup ever since their comeback with the 1MORE Dual Driver ANC Pro Wireless Headphones.

This time round, the 1MORE ComfoBuds is the budget option for those looking to dip their toes into 1MORE’s offerings. The charging case features an extremely petite pebble design with a glossy finish, which inadvertently attracts fingerprints. It doesn’t bother me much, but it might for those who can’t stand fingerprint smudges. On the front, there’s the LED status lights, and on the back you’ll find the USB Type-C port.

As for the earbuds themselves, the 1MORE ComfoBuds are extremely lightweight and it has a simple semi-open design. Just like the charging case, the body also has a glossy plastic finish that attracts fingerprints. The stem has a carrot design with a smaller tip at the edge, and the earbuds are half in-ear. This isn’t necessarily a bad thing, as it lets you hear a little of your surrounding when have them on. The earbuds also have four environmental noise cancelling microphones so you can have improved voice calls with the earbuds.

The 1MORE ComfoBuds is designed to be a quick and easy earbuds to wear. The one size fits all design is straightforward – put it in and you’re ready to go, no further adjustment needed. It’s definitely comfortable during my time with it, and I have faced no fatigue or soreness whatsoever with it after prolonged hours of use. The earbuds are also a great companion in the gym, be it at the weight rack or on the treadmill.

One thing I noticed with the earbuds is that it can feel a little loose, but not enough for it to just fall out of your ears. As for the stems, because it has a more pointy design, the ends doesn’t touch your face, so it won’t annoy you in any way.

Pairing the 1MORE ComfoBuds with your device is easy, even without Google Fast Pair. All you need to do is pay a good old visit to the Bluetooth settings page and pair the earbuds up from there. Next, you can download the 1MORE Music app for further (limited) customization. Even if you don’t, you can still use the earbuds, but it’s best to have the latest firmware updates.

Because the charging case is so streamlined, the groove for opening the case is rather small, so it’ll be harder for people with bigger thumbs to try to open the case. The earbuds are also flushed in quite deep within the casing, and the case doesn’t open up all the way, so they can be tough to take out too.

There is no multipoint feature onboard, so if you were to switch to connect to another device, you’ll need to do so with the pairing button within the charging case. But one thing I do like about the earbuds is that it has wear detection and tone prompts. Once you’ve put on the earbuds, a short tone will be played to let you know the earbuds are on. When you take them off, your music will be automatically paused, and it will resume when you put them on, followed by another soft notification tone.

The 1MORE Music app is quite limited in terms of features. You can only perform firmware updates, change touch control settings, and that’s about it. It’s a shame that there isn’t any equalizer settings too.

Speaking of touch controls, the touch response is responsive, but it seems to not just recognize commands from touch, but vibrations as well. I wear an earring on my left ear, and what I realized is that if I shake my head twice, the earbuds would pick it up as a double tap, and it would play/pause music. This blew my mind.

I did find it funny, but it might be a blessing in disguise too. Now when my wife talks to me, I can just shake my head twice to pause the music and go “Yes, you called?”.

Within the 1MORE app, the touch gestures available are volume control, prev/next track, voice control, and play/pause. When you change a setting, it applies as a set of instructions for both earbuds, so you can’t set commands individually for each earbud. It would’ve been better if we had the ability to set the touch commands to specific earbuds. E.g. double tap on left earbud to change the volume, and a double tap on the right earbud will go to the next track.

When it comes to audio quality, the 1MORE ComfoBuds handles the highs and mids superbly. Usually with other earbuds, once you hit 100% volume, the audio will start crackling. But with the ComfoBuds , it’s nice to know it can reach max volume with very minimal distortion. Because it has a semi-open design, the person sitting next to you can hear a little of the music that you’re listening to.

If you’re looking for a pair of earbuds that can give you that extra thump and low bass, the 1MORE ComfoBuds isn’t for you. The bass feels subdued by the high amount of treble the earbuds has. You’ll feel as if the bass is coming from the back of your head, instead of from the inside of your ears. I feel the 13.4mm dynamic drivers could’ve pushed for more bass, but that could’ve been a sacrifice to the slim design it has.

One thing you’ll like about the 1MORE ComfoBuds is its low latency. Be it watching videos on YouTube or gaming, there is no visible or audible audio delay at all.

Call quality wise, the 1MORE ComfoBuds’ four environmental noise cancelling (ENC) microphones perform excellently. Even with all the drilling that’s happening on the upstairs floor, the receiving end could only hear my voice with a very short pickup of the drilling noise here and there. But when it comes to volume, even at 100% volume, the caller’s voice still sounds rather soft after being told to “speak up”.

1MORE is claiming that the ComfoBuds can provide 4 hours of music playback on a single charge, and with the charging case, it can give a total of 18 hours of music playback. With my use, I was able to churn out 3 hours and 35 minutes with the volume set to 70%, connected to an iPhone for music, video calls, and YouTube videos. You should be able to get a little more battery life if you were listening to your tunes at a lower volume.

Charging the earbuds back to full takes about an hour and a half, while the charging case takes about 2 hours to charge from zero to full.

The 1MORE ComfoBuds is a simple and easy to use pair of earbuds. It is an affordable offering, so it’s understandable that certain features aren’t available on the ComfoBuds. If you want something that’s affordable yet has a lot of bass, try the UGreen HiTune. Or if you have a little extra to shell out, the realme Buds Air Pro has ANC and great sound while being somewhat affordable.

But, we are surprised that with 1MORE’s asking price of RM189, it does have an accompanying app that could allow for further customization in the future. The earbuds do lack in terms of bass, but it excels in the mids and highs, which results in great voice/video calls and acoustics. We also like the small and slim design it has, making it ultra portable and pocketable.

In this article:1more, audio, TWS 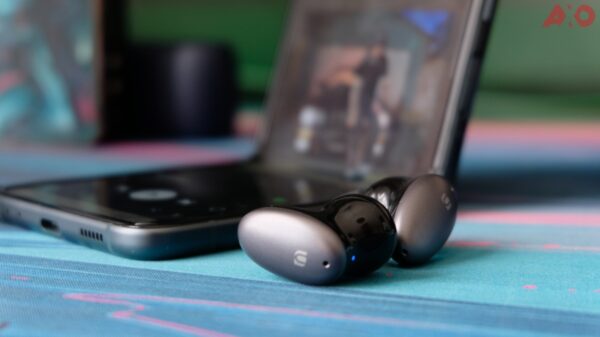 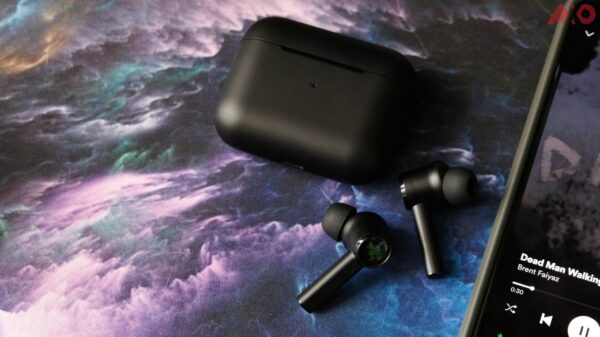 We decided to try out the Razer Hammerhead True Wireless Pro, after reviewing the Hammerhead TWS X version. Their difference in name may just...