Another day, another nova smartphone. Huawei has launched the successor to the nova 5 series, obviously touting the name Huawei nova 6.

Apart from the Huawei Mate X and the Mate 30 series, this is the first nova series to ever have a 5G model included in the lineup. Let’s take a look at the phone’s specifications to see what has been changed or upgraded.

Yes, there are two selfie cameras now, consisting of a 32MP main sensor with an 8MP sensor beside it. The Huawei nova 6 5G’s selfie camera has also achieved a selfie score of 100 from DxOmark. This makes the nova 6 5G the first smartphone to ever achieve a three-digit score for selfie in DxoMark’s books. As for the rear camera system, the Huawei nova 6 has a 40MP main sensor, with an 8MP ultra-wide angle sensor, and an 8MP telephoto sensor with OIS – 5x hybrid zoom, 30x digital zoom.

As for video capabilities, the Huawei nova 6 can capture up to 4K 60fps videos complete with electronic image stabilisation (EIS). In addition, it also has next-generation GPU Turbo with dual-tube liquid cooling onboard to further keep the phone cool.

On the Huawei nova 6 5G, it has all the same hardware as the standard nova 6, but includes the Balong 5000 modem which gives it 5G capabilities.

Apart from that, it also has a slightly larger battery at 4,200mAh while the standard nova 6 only has a 4,100mAh battery. Both capable of 40W charging.

The Huawei nova 6 series is priced at:

It is currently already up for pre-order in China. There is no news yet on when it will be made available in Malaysia, but stay tuned to The AXO for when more info on the nova 6 series gets released.

In this article:Huawei nova 6, nova 6 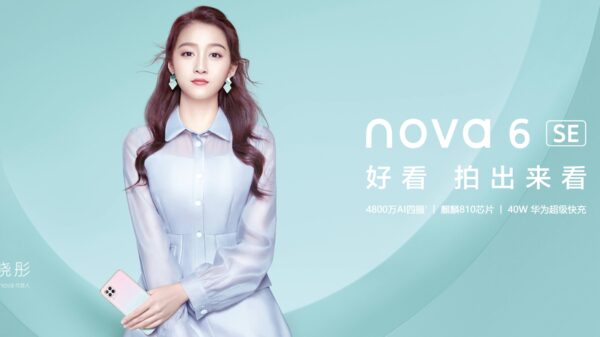 Other than announcing the Huawei nova 6 and nova 6 5G at its launch event today, Huawei also announced the mid-range Huawei nova 6...