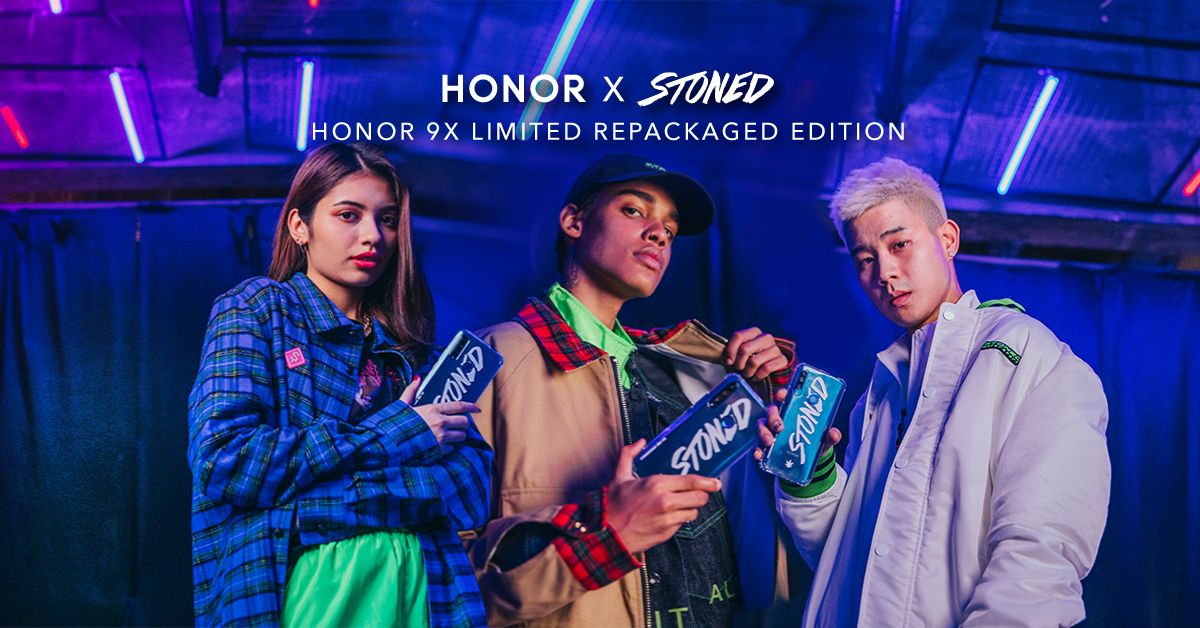 HONOR has done it yet again, announcing a collaboration with local streetwear brand, STONED, on a limited edition HONOR 9X. The HONOR 9X Stoned And Co. Limited Edition Boxset will be made available from 20 December onwards.

Being a limited edition smartphone, HONOR has only made 200 units of these and has split them into two batches. The first 100 units will be sold on its official online store from the stroke of midnight on the 20th of December. As for the other 100 units, they will be released to the public at the HONOR Experience Store (HES) at Sunway Pyramid from 11am onwards.

To make the smartphone truly live up to its limited edition moniker, each unit will have a serial code of its own ranging from 001 to 200 on the box itself. That being said, it would’ve been nicer to see the serial code engraved onto the phone itself as the box is something you’d chuck away after unboxing the smartphone. But then again, production might be a hassle for that.

Apart from the “STONED” aesthetics, the HONOR 9X still retains the same hardware as the standard edition. To recap, it still runs on the same Kirin 710F processor, 6GB of RAM and 128GB of internal storage. As for the camera, it has a 48MP + 8MP + 2MP triple camera system on the rear, with a 16MP camera on the front. Packing a 6.59-inch FHD+ Display, it also has a 4,000mAh battery powering the device.

In this article:HONOR 9X Stoned And Co. Limited Edition, Stoned and Co.