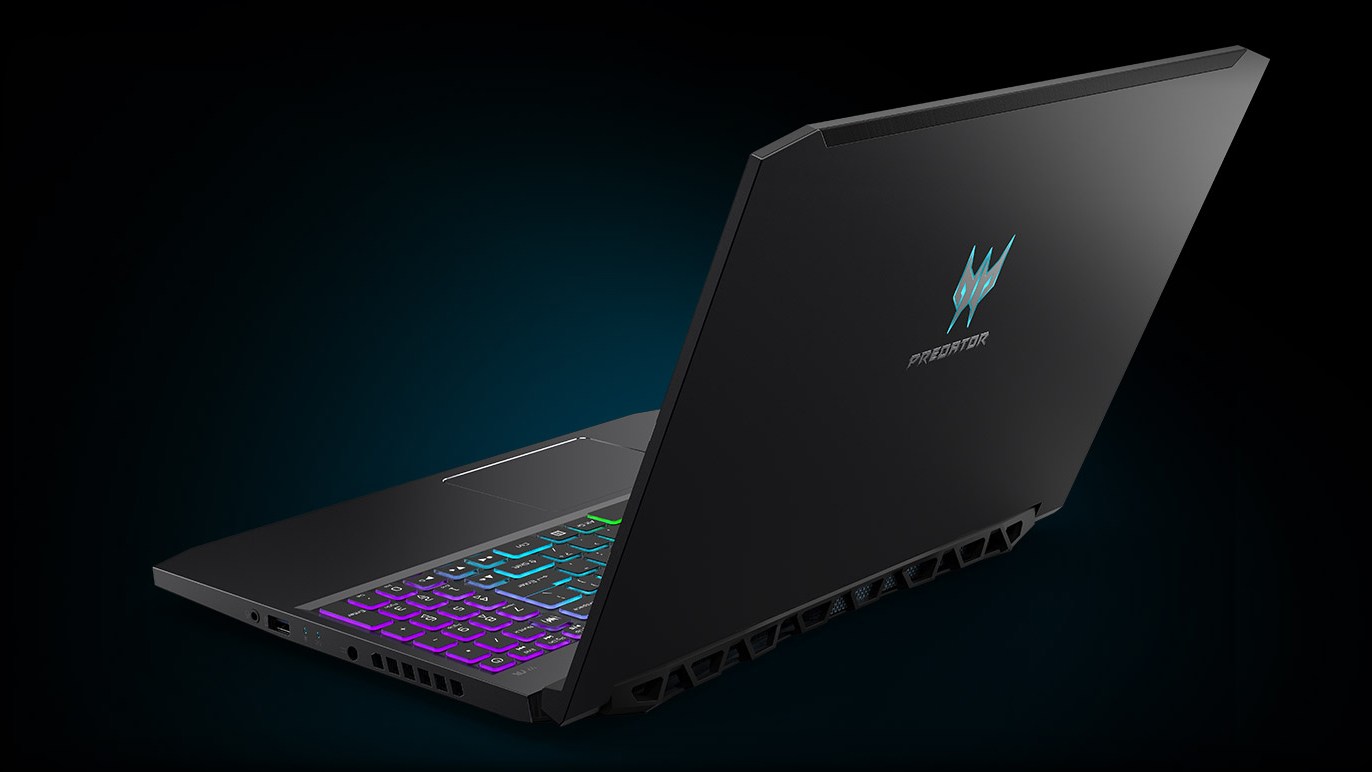 Acer did not only launch the Acer Swift 3 with a new price and free upgrades, the company also managed to announce two new products right before the year ends – Acer Predator Triton 300 and the Acer 43-inch CG437K P Monitor.

The Acer Predator Triton 300 features 9th generation Intel Core processors up to Core i7. It has a 15.6-inch FHD IPS display that supports 144Hz refresh rate and 3ms Overdrive response time. With a 512GB PCIe NVMe SSD and up to 8GB of DDR4 RAM, the Predator Triton 300 keeps things cool with its 4th generation Aeroblade 3D Fans made up of 59 0.1mm thin bionic metal blades.

Powered by Nvidia’s Geforce GTX1650, the Acer Predator Triton 300 has a 4-zone RGB customisable keyboard. There’s also a Turbo key that automatically boosts performance, and a PredatorSense key that immediately shows you the laptop’s performance and system statuses.

Connectivity wise, the Acer Predator Triton 300 has two USB 3.1 gen 1 ports, with one of them capable of charging your device even when it’s turned off. It also comes equipped with Killer WiFi 6 AX 1650 and Killer Ethernet E2500 for better Internet reliability.

Being the world’s first overclockable 43-inch monitor, the Acer Predator CG437K P Monitor has a large 43-inch 4K UHD VA panel (3840 x 2160) with 90% DCI-P3 wide color gamut. This means you would be getting clear and accurate colours on whichever type of content you’re viewing. It also comes with RGB Light Sense and LED Strip support, so you can control the lighting from the RGB Light Sense app.

Apart from that, the monitor has an overclockable refresh rate of up to 144hz. Its display is also VESA certified DisplayHDR 1000 with up to 1000 nits of peak brightness.

The Intel Core i7 model for the Acer Predator Triton 300 will be sold at RM4,799, while the Intel Core i5 variant will be sold for RM3,699. It will also have a 2-year on-site warranty with accidental damage and theft. Each purchase will allow customers to redeem either a Predator waterproof bag, Predator Cestus 310 Gaming Mouse, or Acer E300 TrueHarmony Earphones.

As for the huge 43-inch CG437K P monitor, it will have an official retail price of RM4,699 and is estimated to be available in Malaysia at the end of December.

In this article:Acer 43 inch Monitor